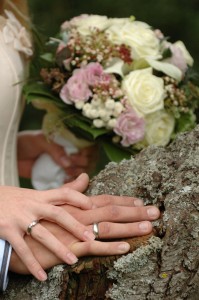 So, I know this is a very controversial topic, and I may regret posting this for the comments I may get, but I’m beyond caring anymore. And really, if it’s Truth, should I be worried about what people might think or say to me? This is not some trivial issue either. This issue has a Huge impact on our society.

So the last few days I kept seeing a few people on my Facebook feed that had a big pink = sign on a red background as their profile pic. It is because they support Gay marriage. Equal rights for all. Today  the Supreme Court began hearing arguments on both sides on whether or not to overturn the California ban on Gay marriage.

Well, I also saw some pics on Facebook supporting “Traditional Marriage”, which, I am in favor of. The problem I have is with people calling it a “Tradition”. Now, how can you argue that something is important if it is just a tradition?? Marriage between a man and a women is not just “Tradition”. This is what frustrates me. People that are against same sex marriage, especially our politicians, giving a very shallow stand against it. I think it’s because they don’t even see it beyond a “tradition”.

The problem is though, that even if you give evidence out of God’s own word, so many people don’t even really believe that the Bible is true today, or they only think that part of it is true, so they aren’t going to listen anyway. Now that’s not to say I still shouldn’t try to show in the Word, because God’s word is a living Word and so the Holy Spirit will convict, and maybe that person will really think about what I’ve shown them.

It’s just frustrating because our society has gone so far to where if you try to use spiritual arguments, they would just get thrown out because that’s “your belief, not mine”.

So what to do? I mean, we’ve gotten to where it’s okay to have sex outside of marriage, it’s expected that our kids might start having sex in junior  high/high school, it’s okay to kill an unborn baby, it’s okay to look at pornography, and now it’s okay to be gay.  So what comes next after the same sex marriage battle is won?

Can we not see that our society has seriously been demoralized? Do you not see it? Is life better today than it was 50 years ago with all the “freedoms” to do as we please, and noone really looking down on it? I say it’s not. I’d like to look at Rome for example. When Rome fell, they had a serious moral problem. You can look at a lot of their artwork and see how sexually immoral they were. Oh, sure, people want to call it beautiful art of the human body, but NO, it was pornography plain and simple, they just didn’t have cameras back then to take real pictures so they had to draw and paint them.

Now, the important thing. What does God say about marriage? Does God’s word the Bible really teach that homosexuality is a sin?

Now I want to clarify, there are many things that are sin, and sin is sin to God. All sin is bad. Does that mean that since I am a sinner, I should not say anything to anyone else about their sin? Well, let’s see what God says….

“When I say unto the wicked, Thou shalt surely die; and thou givest him not warning, nor speakest to warn the wicked from his wicked way, to save his life; the same wicked man shall die in his iniquity; but his blood will I require at thine hand.

Yet if thou warn the wicked, and he turn not from his wickedness, nor from his wicked way, he shall die in his iniquity; but thou hast delivered thy soul.

Again, When a righteous man doth turn from his righteousness, and commit iniquity, and I lay a stumblingblock before him, he shall die: because thou hast not given him warning, he shall die in his sin, and his righteousness which he hath done shall not be remembered; but his blood will I require at thine hand.

Nevertheless if thou warn the righteous man, that the righteous sin not, and he doth not sin, he shall surely live, because he is warned; also thou hast delivered thy soul.” Ezekiel 3:18-21

Well, God is speaking to Ezekiel, the prophet, you might say. Yes, he is. But what’s the difference? Ezekiel was a sinner too, yet he was to warn those that were doing wickedness. Today we have the completed word of God, and he has commanded those that are saved and are serving him through one of His churches (his disciples):

“Then the eleven disciples went away into Galilee, into a mountain where Jesus had appointed them.

And when they saw him, they worshipped him: but some doubted.

And Jesus came and spake unto them, saying, All power is given unto me in heaven and in earth.

Go ye therefore, and teach all nations, baptizing them in the name of the Father, and of the Son, and of the Holy Ghost:

Teaching them to observe all things whatsoever I have commanded you: and, lo, I am with you alway, even unto the end of the world. Amen.”    Matthew 28:16-20

Jude Chapter 1 starting in verse 3. This chapter makes me think of today’s world in which we live! Jude was going to write to them about salvation, but he found it needful to write about contending for the faith.

“Beloved, when I gave all diligence to write unto you of the common salvation, it was needful for me to write unto you, and exhort you that ye should earnestly contend for the faith which was once delivered unto the saints.

4 For there are certain men crept in unawares, who were before of old ordained to this condemnation, ungodly men, turning the grace of our God into lasciviousness, and denying the only Lord God, and our Lord Jesus Christ.

5 I will therefore put you in remembrance, though ye once knew this, how that the Lord, having saved the people out of the land of Egypt, afterward destroyed them that believed not.

6 And the angels which kept not their first estate, but left their own habitation, he hath reserved in everlasting chains under darkness unto the judgment of the great day.

7 Even as Sodom and Gomorrha, and the cities about them in like manner, giving themselves over to fornication, and going after strange flesh, are set forth for an example, suffering the vengeance of eternal fire.

9 Yet Michael the archangel, when contending with the devil he disputed about the body of Moses, durst not bring against him a railing accusation, but said, The Lord rebuke thee.

11 Woe unto them! for they have gone in the way of Cain, and ran greedily after the error of Balaam for reward, and perished in the gainsaying of Core.

12 These are spots in your feasts of charity, when they feast with you, feeding themselves without fear: clouds they are without water, carried about of winds; trees whose fruit withereth, without fruit, twice dead, plucked up by the roots;

13 Raging waves of the sea, foaming out their own shame; wandering stars, to whom is reserved the blackness of darkness for ever.

14 And Enoch also, the seventh from Adam, prophesied of these, saying, Behold, the Lord cometh with ten thousands of his saints,

15 To execute judgment upon all, and to convince all that are ungodly among them of all their ungodly deeds which they have ungodly committed, and of all their hard speeches which ungodly sinners have spoken against him.

16 These are murmurers, complainers, walking after their own lusts; and their mouth speaketh great swelling words, having men’s persons in admiration because of advantage.

17 But, beloved, remember ye the words which were spoken before of the apostles of our Lord Jesus Christ;

18 How that they told you there should be mockers in the last time, who should walk after their own ungodly lusts.

19 These be they who separate themselves, sensual, having not the Spirit.

20 But ye, beloved, building up yourselves on your most holy faith, praying in the Holy Ghost,

21 Keep yourselves in the love of God, looking for the mercy of our Lord Jesus Christ unto eternal life.

22 And of some have compassion, making a difference:

23 And others save with fear, pulling them out of the fire; hating even the garment spotted by the flesh.

24 Now unto him that is able to keep you from falling, and to present you faultless before the presence of his glory with exceeding joy,

25 To the only wise God our Saviour, be glory and majesty, dominion and power, both now and ever. Amen.

I’m going to stop there for now. But I have more to say on this subject. I do ask that if you are going to comment, please be respectful. I will not tolerate rudeness, foul language, etc…. And I have a right to delete any comments. I did not write this to start an argument, because there is no arguing with God. If you truly have questions, that’s fine, but I’m not going to have a debate going on here. If you don’t agree with me on this subject and you feel the  need to share why, that’s fine, but, like I said, be respectful and we can have an intelligent conversation about it. 😉